We are all anticipating the return of the premier league and I am sure there are Liverpool supporters out there who are nervously anxious. Just like the fans, the UK government have announced that they too want the league back as soon as possible. However, with all that is going on in the world at present, only time will tell when that’s likely to be.

June has allegedly been penciled in as a possible start date but nothing definitive. Would it make sense for the league to conclude in the right and normal fashion? Absolutely! The powers that be would need to decide how they will carry this out whilst also trying to implement government guidelines of social distancing. Yes this could mean games being played behind closed doors. Whilst the atmosphere may be dire it would at least allow an appropriate conclusion to the league (Reds fans would love that).

Supporters would still be able to follow and watch their respective teams albeit from the comfort of their homes (something I know a lot about) and I am sure we are all in agreement that we could do with some entertainment. I wonder how fit the players are at the moment and what condition they’re in physically given the fact that everyone is on lockdown. Mourinho got caught a few weeks back training some members of the Spurs first team in a local park (who else could it be but the special one hahaha!!). However clubs have now started to reopen their training facilities again.

As of today UEFA have officially given the Premier League and other European Leagues a deadline of May 25 to provide plans to restart their respective season. I guess we will see what happens come May 25th. Well, I can confirm that the French League will definitely not resume after all sporting events holding more than 5,000 people have been banned at least until September. Effectively, this news led to the end of Ligue 1.

The Dutch Football Association had also earlier announced that the Eredivisie season had been ended. They ruled the 2019/20 season as null and void, meaning no winner no relegated teams and the whole season being scrapped. Now if the Premier League took the same approach I don’t think that will go down well in some parts of the Country (stating the obvious yes, I AM!!!!). 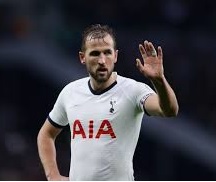 Spurs can benefit from Kane’s return!!