Watford do the unexpected

Woww!!! Of all the teams to end the run, Watford were the last team on my mind. It’s absolutely incredible, I am actually gobsmacked at the result. So you mean to tell me that after an impressive unbeaten run of 44 premier league games, this is how it ends. Credit to Watford for doing what they did. I’m sure they’ll be many Arsenal fans out there full of gratitude as their team still remain the only side in premier league history to go the whole season unbeaten.

Liverpool supporters don’t need to despair because your team can still lose another 5 games and be crowned champions come May. Just take it as a small blemish on what has been an incredible season for the Reds as they edge closer to ending the 30 year wait for a league trophy (I think you’ll agree that this is a lot more important).

Personally I think Liverpool could have lost league games ages ago but have been quite fortuitous in some matches by having results go their way. I guess it was only a of matter of time before they registered their first lost. I really believed they would go the whole season unbeaten but nevertheless their achievements and records set along the journey is plenty for the team to be proud about.

Watford opened the scoring through Sarr after tapping the ball into the net from close range on the 54th minute. He made it a double when captain Deeney played him through on goal before Sarr neatly lifted the ball above the Liverpool keeper in the 60th minute. Lallana almost pulled one back for the visitors but was unlucky to see his effort hit the upright of the post. Deeney wrapped things up for Watford when Sarr broke free on goal and cut the ball back for Deeney to coolly finish in the 72nd minute (not a bad day in the office for the captain and Sarr).

There were a couple of games postponed due to match clashes, however, Tottenham’s game against Wolves definitely caught the eye. I have mentioned before that Spurs will struggle to win games and find goals without the injured Son and Kane (their biggest attacking threats). Today though, it was their defence that let them down. Spurs went ahead through Bergwijn in the 13th minute before Doherty equalised for Wolves in the 27th minute.

The game between these two sides will always provide a lot of entertainment for fans due to their attacking nature. The action was non stop and both attacked end to end. Spurs were granted a goal in the 45th minute when Aurier struck the ball beautifully past the Wolves goal keeper. All Tottenham had to do in the second half was defend well and not concede. As we know with Spurs, things don’t always go according to plan and this game was no different. Jota leveled for Wolves in the 57th minute before Jimenez scored the winner in the 73rd minute. Spurs are now 7th in the league with 10 games remaining (hopes of that champions league spot may start to evaporate).

West Ham beat Southampton 3-1 in their quest for survival as the result now puts them in 16th position in the league. Their only concern now is that there are three other clubs with the same points tally and any one of those clubs could easily overtake West Ham. I’m pretty sure that when West Ham moved into their new home at the London Stadium, playing championship football wasn’t part of the imagination or something that was envisaged by stakeholders…..I’m just saying, football is a funny old sport. 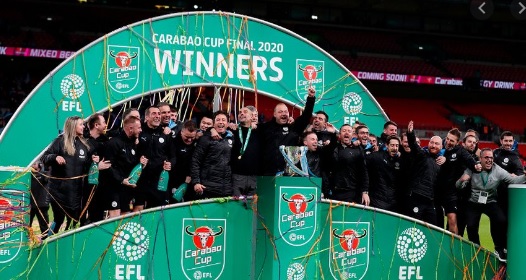