Arsenal too hot for Fulham

A double from both Lacazette and Aubameyang respectively was enough for Arsenal to grab all 3 points in a convincing 5-1 win over London neighbours Fulham. Arsenal seem to have now shaken off that early season bad form that saw them lose two opening matches back to back. With Emery now working his magic and the front players playing to their potential, the good times are back for the gunners and their fans (at least for now anyway).

Aaron Ramsey was also in amongst the goals after finishing off from a good team build up. Fulham really couldn’t compete with this Arsenal side especially once Aubameyang came on to lift the side. It was an all round good performance from the team as they enter the top four in the league for what must feel like an eternity in some parts of North London (let’s see how long that lasts…sips tea!!).

Bournemouth were emphatic in their 4-0 demolition win away at Watford with goals from King, Brooks and Wilson. The south-coast team were full of imagination and creativity as they made light work of a Watford side who looked a shadow of the side that thrilled at the beginning of the season. Bournemouth took the lead through Brooks and life got even better for Eddie Howe’s boys after the dismissal of Kabasele in the 32nd minute.

Manchester United were credited for their come back against Newcastle with the game ending 3-2 to United. The magpies had led the match for 70 minutes after goals from Kenedy and Muto. However, a United rebirth in the second half brought about the come back of the season thus far as Mata and Martial scored in quick succession to level the game at 2-2. Sanchez got the winner in the 90th minute to guarantee united all 3 points (not quite Fergie time) of which the team and manager needed.

The game of the weekend on paper was supposed to be the match between current title holders Manchester City and contenders Liverpool (what a snooze fest that turned out to be). With both teams particularly cautious it took up to the 65th minute for either side to register a shot on target. The supporters and fans alike had anticipated a game full of advancement and lots of goals but instead were rewarded with a goalless display with the game ending 0-0.

Although Mahrez had the opportunity to hand City the victory with a late penalty, the Algerian sent the ball flying high into the Anfield sky (sources say it flew past the moon) after a contested debate with Jesus for the right to take the spot kick. All is square at the top of the league with both teams level on 20 points along with Chelsea who, with the inform Hazard defeated Southampton away 3-0. Goals from the Belgium international, Barkley and Morata ensured Chelsea kept up the pace with the leaders.

There were victories also for Spurs who beat Cardiff 1-0, Everton with a 2-1 win over Leicester (stand out performance from Sigurdsson), Brighton and Wolves winning 1-0 against West Ham and Crystal Palace respectively.

It looks like Mourinho has escaped the knife again but how long will he be at United is the question everyone is asking and can the special one stay in the job and salvage United’s season. We patiently wait as the story unfolds. 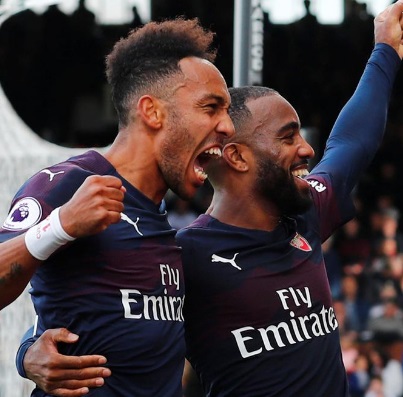